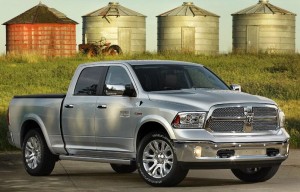 The high cost of oil changes for Dodge Ram 1500 trucks with the EcoDiesel engine has some owners grumbling. (photo credit briggsdodge.com)

We have been hearing all sorts of nightmarish accounts of just how expensive the oil change service is for Dodge Ram 1500 trucks and Jeep Grand Cherokees equipped with the Italian-made 3.0L EcoDiesel engine. As the prices we were hearing almost seemed implausible, we decided to do some checking around. We contacted Dodge dealerships in major cites throughout Canada and the United States and asked for the cost of an oil and filter change for a 2015 Dodge Ram 1500 with the EcoDiesel engine. The prices listed below are not averages for each city; they are price quotes from randomly selected Dodge dealerships. Prices may vary at other Dodge dealerships in these regions. These prices include labor, 11 quarts of engine oil and an oil filter.

United States (prices in US funds before taxes and environmental fees)

Canada (prices in Canadian funds before taxes and environmental fees)

Why Is The EcoDiesel Oil Change So Expensive? 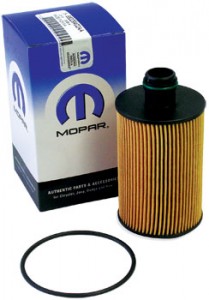 When one breaks down the retail price of the motor oil and oil filter for this engine, it becomes immediately apparent as to why an EcoDiesel oil change is so costly. The main culprit is the Chrysler/Mopar oil filter. It retails for an outlandish $61.50 in the US and $71.00 in Canada. The Mopar 6822 9402AA oil filter is a cartridge unit with a conventional cellulose media. We have inspected this part and believe us, there is absolutely nothing special about this oil filter. The plastic and paper construction of the EcoDiesel oil filter is similar to the cartridge oil filter for many Dodge V-6 engines, but at 8 to 10 times the price. The EcoDiesel filter is larger and not interchangeable.

The reason that Dodge can charge these ridiculous prices for an ordinary oil filter is that there is virtually no aftermarket competition at this time. There is some speculation that Chrysler has some sort of patent protection on this filter design that is blocking aftermarket oil filter makers from bringing competitive versions to market. We spoke to several oil filter makers and none would verify that claim. Most major oil filter makers have an EcoDiesel oil filter in the advanced design phase and some hope to be in production in early 2016. Aftermarket oil filters will likely retail for a fraction of the cost of the Mopar unit and this will bring down the cost of an EcoDiesel oil change quite dramatically.

The other input cost for a Dodge EcoDiesel oil change is the engine oil itself. Only motor oil meeting the Chrysler MS-11106 specification is suitable for this engine and there are very few alternatives on the market. Most dealerships use Mopar MaxPro 5W-30 Synthetic Diesel Engine Oil which retails for $16.15 per US quart in Canada and $9.00 in the US.