With a successful 2012 motocross season in the bag, Moose Jaw’s Kyle and Jarret Biro are already working hard in preparation for the 2013 campaign. Both riders achieved top five finishes at the Canadian national championships and Kyle finished tenth overall at the prestigious Loretta Lynn’s Amateur National in Tennessee. We featured Kyle’s fierce Kawasaki 112cc Super Mini racer a few months back.

For 2013 Jarret will race in the 85cc and Super Mini classes. Kyle graduates from the small wheel classes to a 2013 Yamaha YZ125. Both riders will be in contention at the Canadian nationals once again. The major emphasis will be on qualifying for an appearance at Loretta Lynn’s. Loretta’s is the absolute pinnacle of amateur motocross and could be considered the de facto world championship of this category.

Biro Racing’s season starts in February as they head to Texas for training. They start racing in early spring at Loretta’s qualifiers in the northern US. Biro Racing has once again obtained support from AMSOIL for next season. They have enjoyed flawless performance from Amsoil Dominator Synthetic 2-Cycle Racing Oil in their engines and Amsoil 10W-40 Synthetic Motorcycle Oil in their transmissions. Biro Racing sent us this nice print in gratitude for support over the past season. 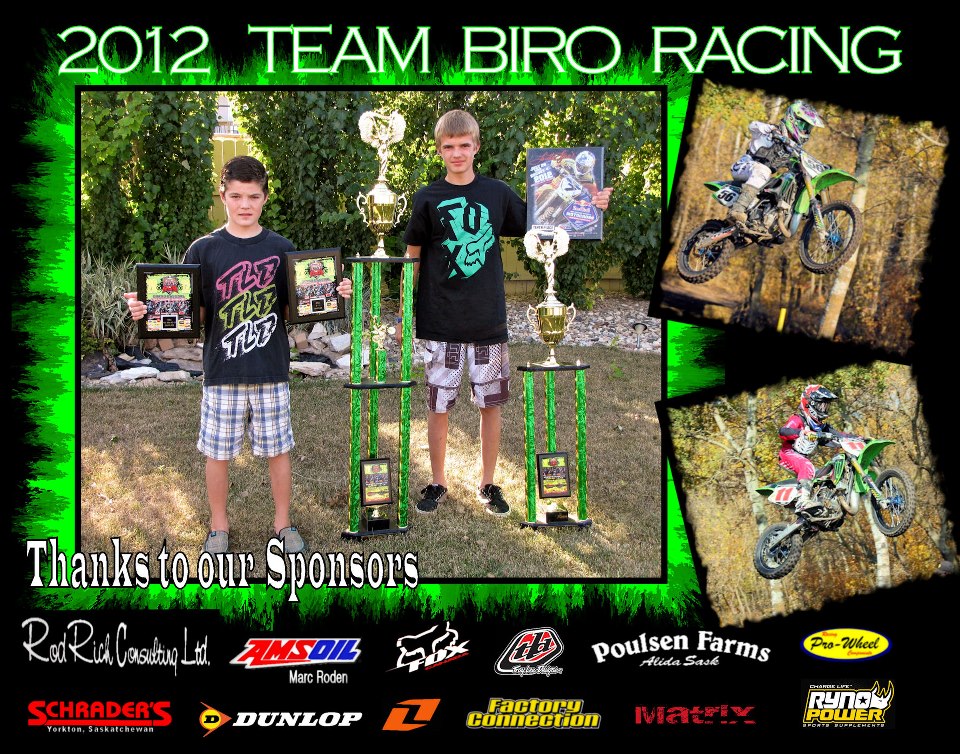