A reader asks: I own a Nissan Skyline GTR with the twin turbo RB26 engine. The previous owner used 0W-40 motor oil. I’ve read online that 0W-40 might be too thin. Is 10W-40 a better option? I will not be winter driving it at all, but might occasionally start it up during the nicer winter days to circulate the oil.

Our answer: This model was never sold in North America, so it isn’t included in AMSOIL’s application guide. As this is an older car (RB26 models were made from 1989-1994), a search doesn’t seem offer much in the way of official Nissan oil suggestions. Contributors to Skyline forums use everything from 10W-30 to 10W-60.

The previous owner’s use of 0W-40 would be right in the middle of that range. AMSOIL Signature Series Synthetic 0W-40 would be a very good choice. Remember that this product is still a 40-weight oil at operating temps, so there are no grounds to call it “too thin”. It simply has a very wide operating range. Signature Series Synthetic 0W-40 also has a strong resistance to shear-down, metal-to-metal contact and volatility boil-off. It is formulated for turbo-charger service. It meets the latest Nissan GTR motor oil

specification. Note that it is also suggested for the 707 horsepower Dodge Hellcat engine. The wear control abilities of this product are not a concern.

Another great candidate for your Skyline would be AMSOIL Synthetic Premium Protection 10W-40 Motor Oil. Premium Protection 10W-40 is an “old school” formula that is loaded with zinc and phosphorus for powerful anti-wear protection. It is also designed to withstand the extreme heat generated by turbo-chargers. Were it our Skyline, we would likely lean toward this product over any other in the AMSOIL motor oil line-up. Not because it is a 10W-40 versus a 0W-40. More so because its high-zinc formula is ideal for older engines. 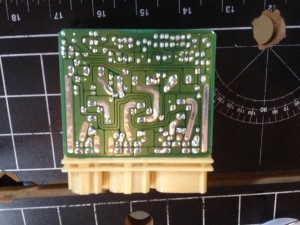