The “Ride of the Week” for May 11, 2012 is Steve’s 1600 horsepower, tire smoking, asphalt melting, record setting Mustang drag racer. Just how quickly can 1600 horsepower propel you down the strip? How does a quarter mile in 7.6 seconds at 187 miles per hour grab you? Think about that for a second. Imagine going from a standing start… to almost 190 miles per hour in just 7.5 seconds! Steve and his Mustang have also scorched the 1/8th mile in just 4.98 seconds at 150 miles per hour! 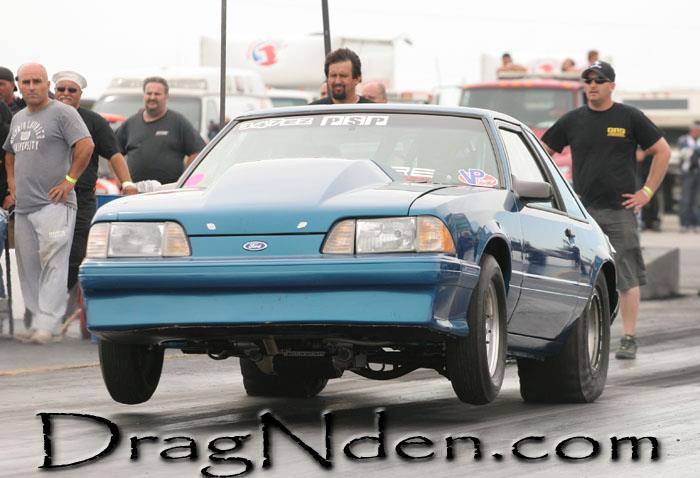 Steve set the OSCA EZ Street class 1/4 mile record in 2011 (7.61 seconds) and he hopes to do sub-7.5 second runs at 190 miles per hour in 2012. To be a competitive in this sport requires much more than just pointing the car down the strip and flooring it. It takes immense driving skill to harness power of this magnitude AND be competitive in a sport measured by 1000th’s of a second. It also takes tremendous technical skill to build a car like this and dial in the proper setup on race day.

Fifteen years ago,  this unit was a bone-stock 5.0L Mustang that achieved a 14.6 second 1/4 mile in its first pass. Over his first five years of racing, Steve got the Mustang into the 9 second range. Around that time, Steve’s insurance company indicated that they were not interested in underwriting his racing endeavors, so Steve took the car off the street and it became a strip-only racer. Steve then modified the car for the “True Street” class (winning back-to-back titles) and then progressed to the “EZ Street” class.

Here are some of his notable modifications: 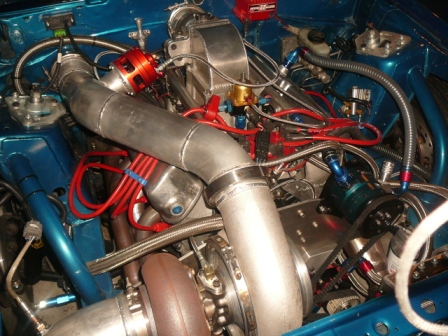 Steve's turbo-charged, inter-cooled Paul Silva Performance engine. This is what 1600 ponies looks like!

Here is Steve at the office!

Would you would like to submit an offering as our Ride of the Week? Just send us a photo and short blurb on any type of vehicle that you enjoy and that others may find interesting. Cars, trucks, motorcycles, boats, snowmobiles, etc. are applicable. Your full name and location will be omitted. Feel free contact us at “info-at-oildepot.ca”.