As Kelowna motorcycle racer Marcel Irnie’s 2005 and 2008 Kawasaki 600’s were both out of commission, he had no intention of participating in this weekend’s round of the Oregon Motorcycle Road Racing Association series in Portland. That all changed when he receive a call from Redline Motorsports (one of his sponsors) this week offering the use of the juicy Honda CBR1000RR shown below. Just a few of the mods on this Honda include Ohlins suspension, Honda Racing (HRC) traction control and massive Brembo brakes. As Marcel’s 600’s have been under-powered and increasingly unreliable, this will be quite a treat. 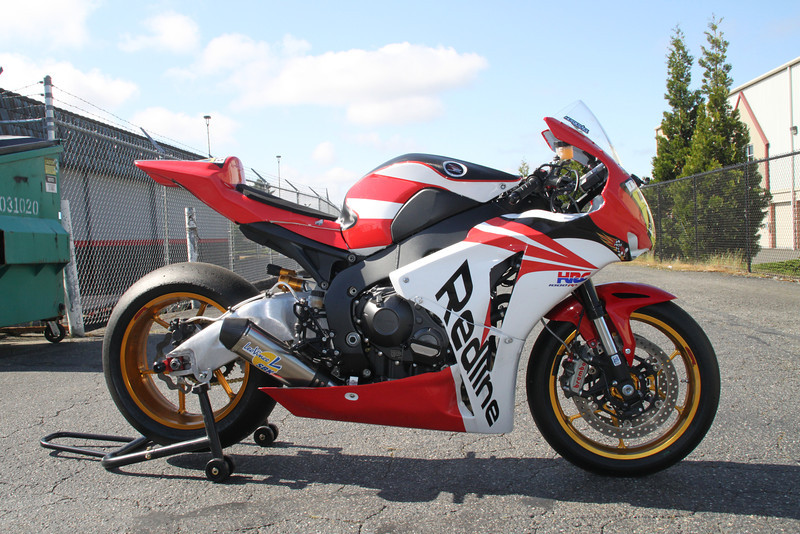