Today’s motor oil market is more diverse than ever, so we thought it would be a good exercise to put together some numbers for you. Let’s look at the top selling AMSOIL motor oils at Oildepot.ca and then let’s chart which engine oil viscosities are the most popular this year from our complete product line.

Here are the top 15 most popular AMSOIL motor oils at Oildepot.ca.

Which Motor Oil Viscosity is Most Popular?

As for the current popularity of each motor oil viscosity, we chose to do so in three categories:

Again these numbers are based on our sales and not necessarily a reflection of the overall industry. 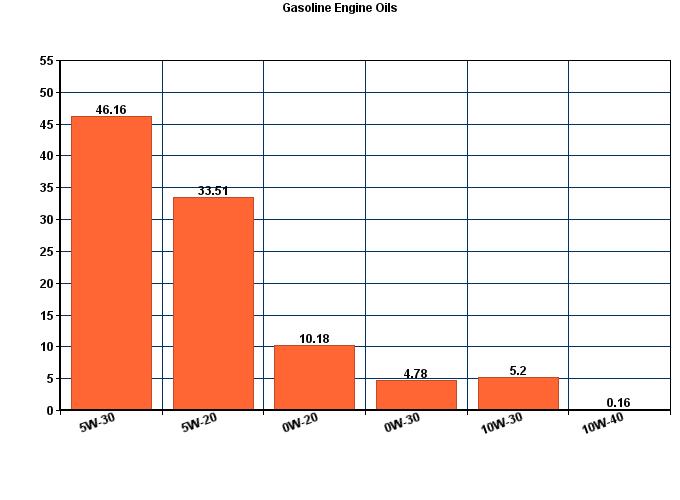 In the diesel engine oil category, with a 48.73% market share, 5W-40 garners the most sales on the strength of AMSOIL “DEO” 5W-40 Premium Synthetic. These strong sales are based on two main factors. First, it is suitable for the latest diesel engines requiring an oil with the API CJ-4 spec and is also compatible with diesel engines requiring previous diesel specifications. Secondly, the wide 5W-40 viscosity range allows for excellent winter and summer performance, making it ideal for year-round use. The sales for 15W-40 remain very strong, although we suspect that many diesel owners could benefit from using the 5W-40 year-round rather than using 15W-40 at all. 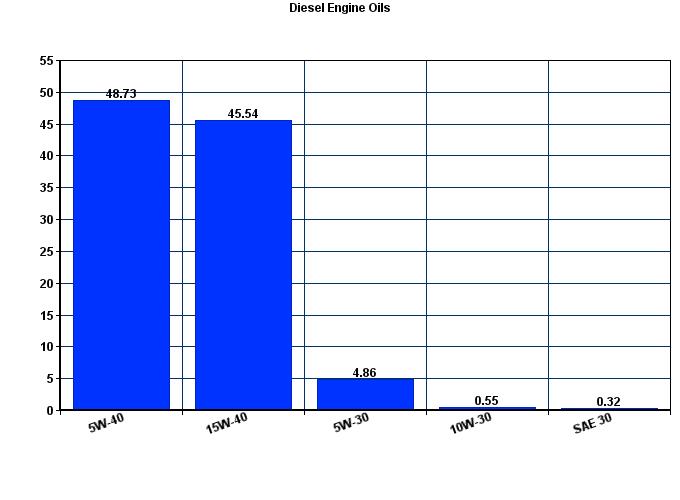 As European cars are commonly powered by gasoline or diesel engines and as Euro automakers generally have their own distinct engine oil specifications, it seems appropriate to give their engine oils a category of their own. “Full SAPS ” 5W-40 engine oils lead the way with 50.49% of sales, based on the fact that they have been commonly specified over the better part of the last dozen years or so. “Low-SAPS” engine oils are now recommended in many of today’s European cars, so expect Mid-SAPS and Low-SAPS engine oils to change places in these rankings in the next few years.

The definition of “SAPS” is the sulfated ash, phosphorus and sulfur content of a motor oil. The emissions sensors of some cars can be sensitive to these “SAPS” engine oil additives and that is a why a “Low-SAPS” oil may be prescribed by the car-maker. 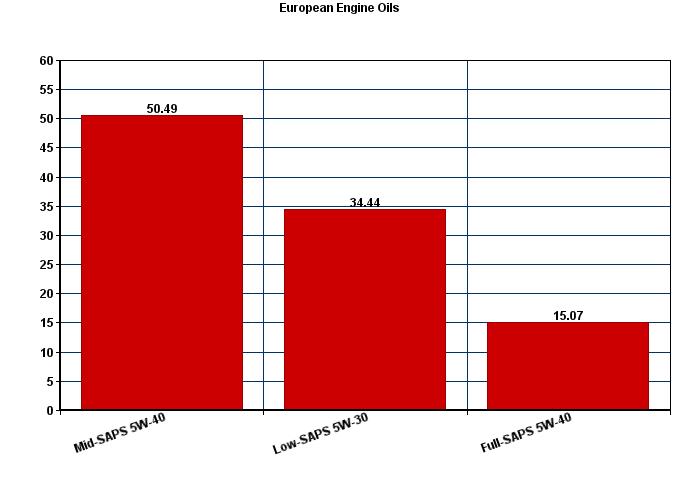 AMSOIL No Longer Available At Canadian Tire Should I Use A Longer Oil Filter?
Scroll to top