Motocross racers, Kyle and Jarret Biro of Moose Jaw both had a productive summer at the national level. They competed at the Western Canadian Amateur Nationals at Raymond, Alberta, as well as the Parts Canada Trans-Can Amateur Nationals at Walton, Ontario. These two events bring together the cream of the crop in the Canadian amateur MX scene.

The AMSOIL-sponsored racers are no stranger to success in Raymond with numerous class wins and podiums under their belts. In 2013, Kyle swept all of his classes and came away with the high point total of the event. He stepped up from the junior to the intermediate class this year, but that made him no less of a favorite. Kyle placed second overall in the MX3 Intermediate category, going 2-2-3 over the 3 heats. He swept the Schoolboy class for the second year in a row, going a perfect 1-1-1 in his motos. Any bad luck Kyle had for the Raymond event seemed to be concentrated in the MX2 Intermediate class. He placed 6th overall with 10-2-9 finishes.

Jarret Biro was at the younger end of the 85cc (12-16) age group last year and still ran in the top 5 at Raymond. He showed steady improvement at this year’s event with a very solid 3rd overall (3-4-4 finishes). In the blazing-fast Supermini class, Jarret delivered once again with 3rd overall (3-3-3 finishes). Securing two appearances on the podium in a very competitive field confirms that Jarret Biro will be a force for next few seasons in the 85cc and Supermini classes.

The Parts Canada Trans-Can event is Canada’s national championship for amateur motocross racers. The 2014 competition brought the usual tough competition and along with wet, soupy weather conditions for much of the week. 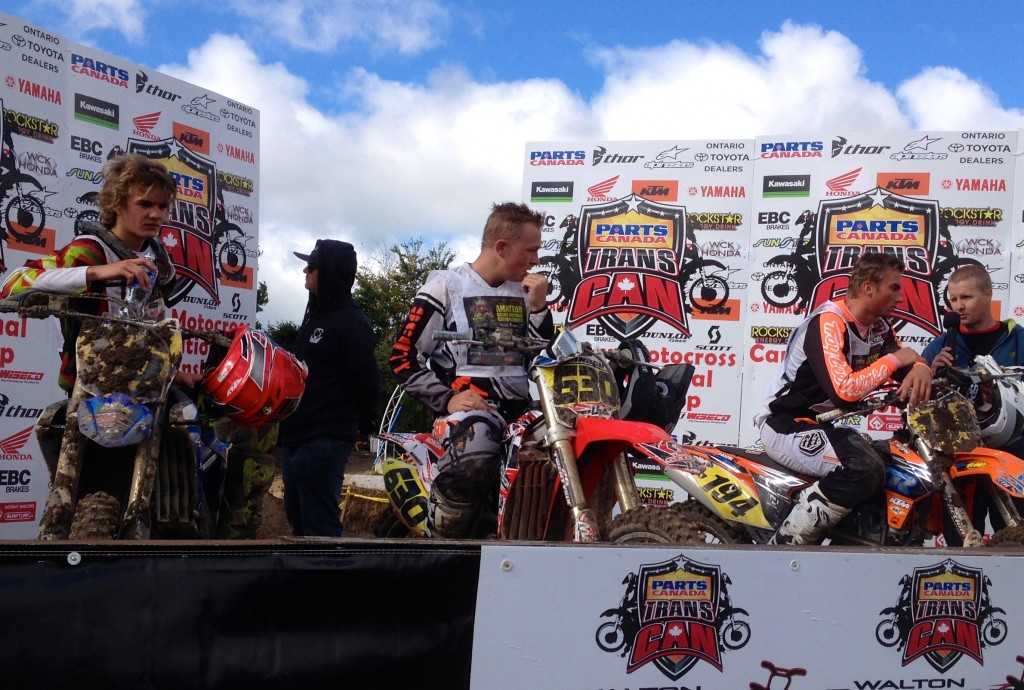 Kyle came within a whisker of winning the Schoolboy crown last year, so he was certainly considered a favorite in this year’s edition. He had a strong outing once again with a second overall in the Schoolboy 2 class. He finished second in the first two motos and won the last moto with a commanding 19 second lead. Kyle also reached the podium in the MX3 GP Intermediate class with the 3rd overall finish (2-10-5 finishes). Kyle was certainly fast enough to win this class, but he had to come from the back of the pack in the second and third motos.

Jarret had been watching Kyle’s ascension to national prominence over the past few seasons and wasn’t content with taking a back seat to his older brother. Jarret willed his way to an impressive third overall in the Supermini class with 3-5-6 finishes. At just 14, Jarret came from mid-pack at Walton last year to become one of Canada’s strongest riders in the frenzied Supermini class. Jarret’s luck did not extend to the 85cc (12-16) class as he sustained a heavy crash in the final moto and left Walton with 15th overall. 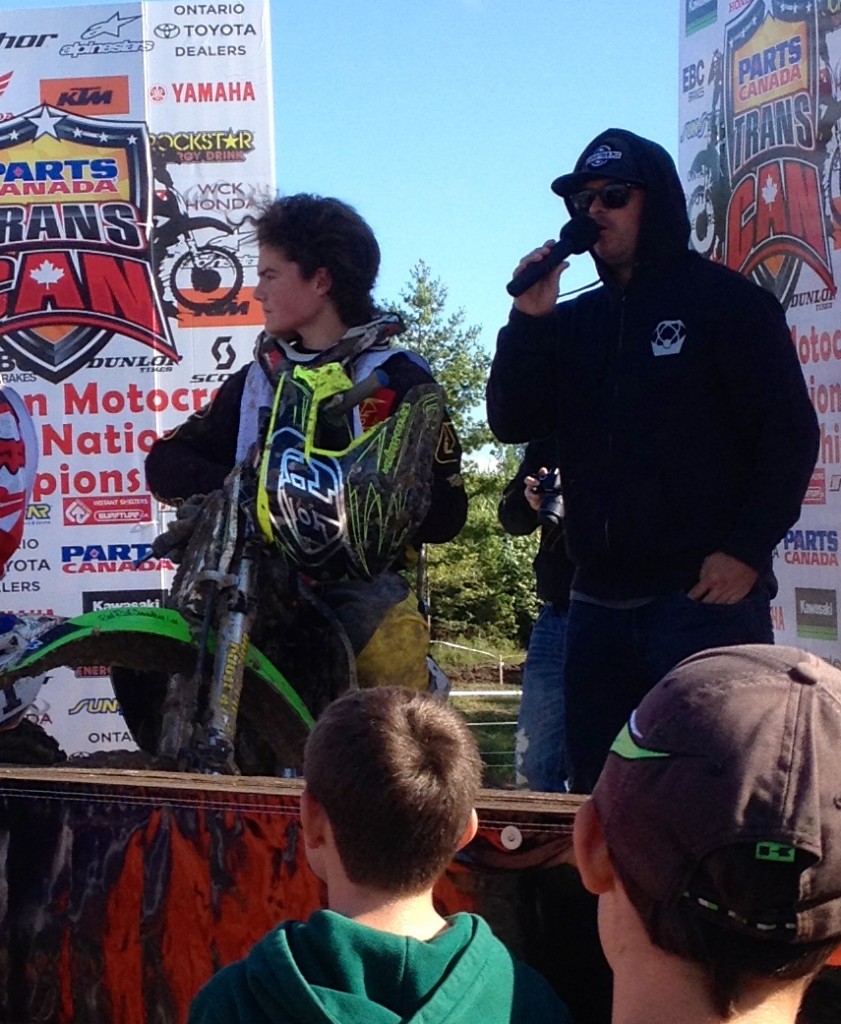 Jarret Biro about to be interviewed after Supermini race at the Walton Nationals.

So as the 2014 motocross season draws to a close, Kyle and Jarret Biro continue the prove that they are among Canada’s amateur elite and plan to make even greater strides in 2015.