As you might imagine, many of our customers are quite mindful of fuel economy and seek out our synthetic oils as a key factor in their reducing their fuel bills. A select few of our customers don’t just keep an eye on mpg, they consider it a challenge to lower their fuel consumption as far absolutely possible. They aren’t afraid to make significant modifications to their vehicles to reach that end.

The most industrious customer we have in this category is Christopher V. We featured his 51 mpg Chevy Malibu on these pages last year. Now Chris has turned his attention to the goal of having a fuel efficient 1/2 ton pickup without spending a fortune on the latest iron. Chris’s project truck is a restored 1990 Chevy Silverado regular cab, equipped with the original 5.7L engine. This unit has over 300,000 km on the clock and the engine internals are completely stock other than valve seals replaced about 7 years ago.

Chris purchased this unit in the late 1990’s and has been pecking away at mods and bodywork ever since. Now he is advancing his fuel economy project to consistently operate at 30 US mpg on the highway. His ambition is to reach 43 US mpg (5.5L/100 km) at 70 kph by next spring.

For its time, this body style was (by far) the most elegant truck on the road. With extensive paint and bodywork, this unit stands the test of time far better than Ford or Dodge’s offerings of that era. Chris mentions that he chose a Chevy because they are far more economical to modify and upgrade. 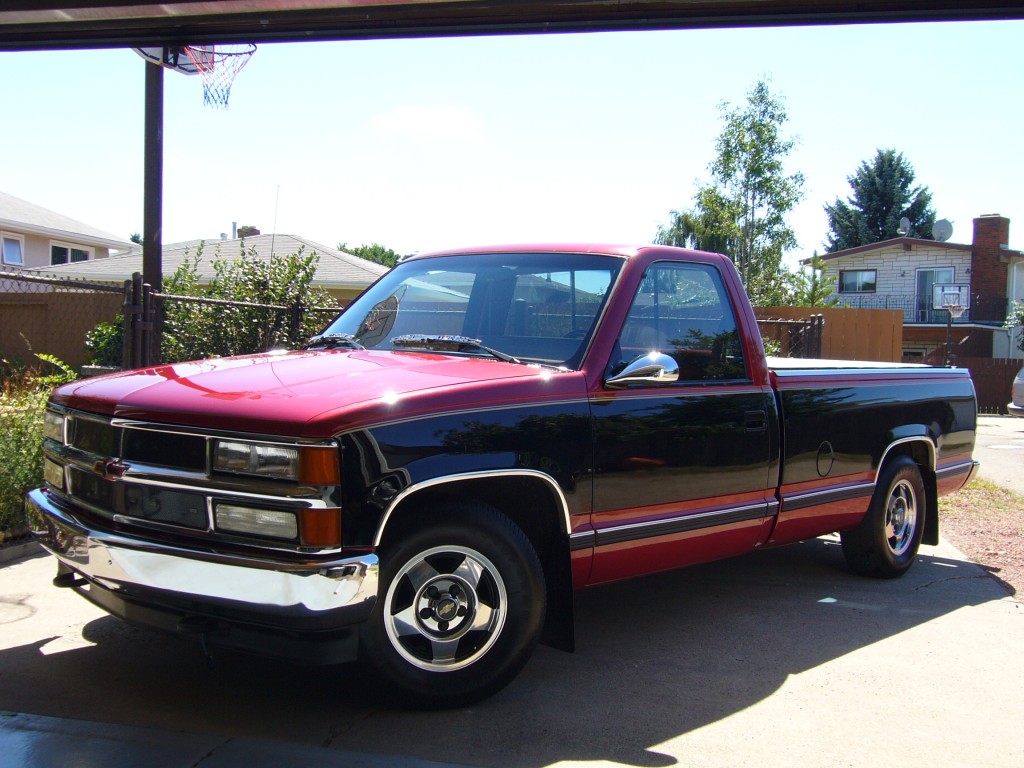 So how do you get the fuel economy of a mid-sized sedan out of a decades old, V-8 equipped 1/2 ton? For starters, it takes a very light foot, but it also takes tons of little modifications. Chris has looked at every imaginable angle including mods that optimize combustion, lower operating RPM and of course, reduce wind resistance. He still has several future changes to make, but here are the mods performed so far:

Chris tells us that this “hack” of of the ECM (electronic control module) is a game-changer in this truck. It allows the engine to run much leaner at highway speeds, but this situation does come with a risk. Everything but the pistons is cooled by the engine coolant, so greater strain is placed on the engine oil. Chris depends on AMSOIL Signature Series 0W-30 to handle this added stress. He chose AMSOIL Signature Series for it’s low volatility and ability to resist the ravages of high temperatures.

See Chris’s website for details on his 30 MPG Silverado.

Chris is also working on converting a 1991 Suzuki Swift to a completely electric car. We look forward to the outcome of that project.