After a breakout 2013 motocross season, the Biro family of Moose Jaw didn’t put their feet up for the winter. Their recipe for success in motocross racing never included sitting back to rest on past achievements. Kyle and Jarret Biro have been training in Texas for the past several weeks and their goals for 2014 are about as lofty as they come in the North American amateur motocross scene.

The 2013 Season Was a Banner Season for the Biro Boys

Kyle not only dominated his classes at the Western Canadian Amateur Nationals, he also won the award for most points scored and a factory support deal from Yamaha. He then went on to the Canadian Amateur Championships and finished a very close second overall in the Schoolboy class and third overall in the MX2 250 Junior class. Were it not for a brake failure in the final moto in the Schoolboy class and some unavoidable collisions in the MX2 250 Junior class, the result could have been even better. Kyle’s asserted himself as Canada’s most promising amateur in 2013 and he intends to make even greater strides for 2014.

Aiming for an Appearance at Loretta’s

The Biro’s have been following a strict conditioning program all winter in Moose Jaw. They have been training and competing in Texas for the latter part of the winter, so they should hit the ground running when the Canadian motocross season commences. Thankfully their mom (Tracy) is a school teacher and is able to home-school the boys on the road. They have also been racing in winter series events in Oklahoma and Kansas. The main goals for Biro’s this season include appearances at both the Western Canadian and Canadian Amateur Nationals. They hope to qualify for the Loretta Lynn Amateur National which takes place in Tennessee. This is possibly the world’s most prestigious amateur motocross event. 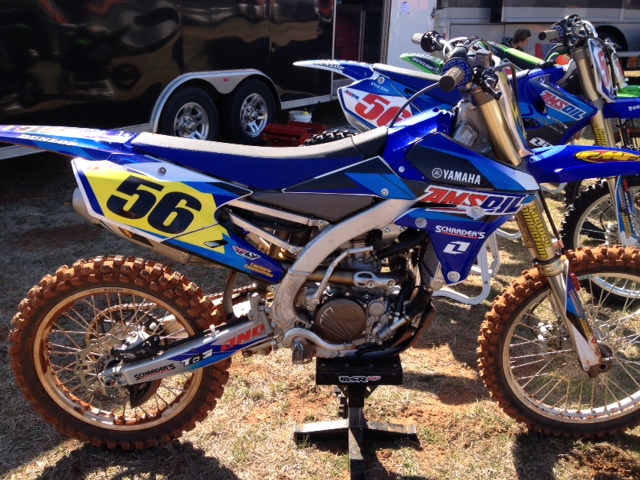 When Kyle was awarded factory support from Yamaha Canada, he was given the use of a 2014 YZ250F for the season. He has also acquired a second YZ250F for practice and back up purposes. The all-new, fuel-injected YZ is the first 4-stroke bike in the Biro stable. So far, Kyle has been adapting well to the larger machine and is already putting in much faster lap times than he has been on his familiar 2013 YZ125 2-stroke bike. Mechanic-dad Keith has been busy exploring all of the maintenance and modification tricks required to keep the YZ-F running in top form. The bike is in stock form for now, other than Factory Works suspension and FMF exhaust. Before the spring race season, they will have an engine builder have a go at the motors so that they make the most usable power for Kyle’s skill level. Of course, his engines will be depending on AMSOIL 10W-40 Synthetic Motorcycle Oil for maximum horsepower and wear protection.

We will be updating Jarret and Kyle Biro’s progress from time to time in this space.